“Promote and inspire the arts in Southwest Oklahoma” – CTAC Mission

Board of Directors & Staff 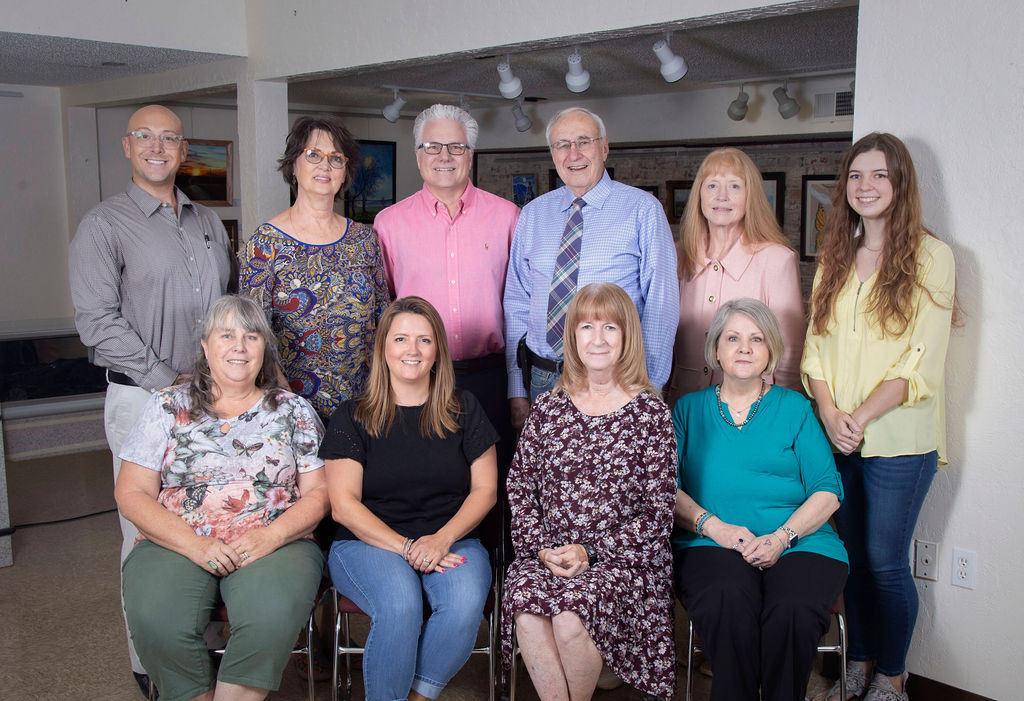 Chisholm Trail Arts Council honors its past with a history that has been evolutionary.

After a brief attempt to form an arts council in Duncan in the late 1960s, in 1976 the Duncan Arts & Humanities Council was incorporated. Driving forces behind the group were Lynn Ellis Dean, Harolyn Long and Rev. Phil Wahl, who were the signatories on the original articles of incorporation.

Duncan Arts & Humanities Council is generally acknowledged as the second community arts council incorporated in the state of Oklahoma. During its early years, DAHC’s mission was to expand appreciation of the arts in the Duncan community, and it served a key role as a support group for the Duncan Fall Fest, an extremely popular, multi- genre arts event that existed for two decades.

In 1998, the Duncan Arts & Humanities Council evolved into the Chisholm Trail Arts Council, with a mission to expand its programs and participation throughout Stephens County.

Overseeing and ensuring the success of the Chisholm Trail Arts Council was a major priority. During its first decade, Duncan Arts & Humanities Council programs and projects were driven and facilitated by board members. But in the 1980s, DAHC centralized its administration by hiring an executive director. Diana Glover was the first salaried executive director, and she was followed by Dianne Stuart. Angela Giddens was executive director when the group reformed as Chisholm Trail Arts Council in 1998, and her successors have been Patrick Brown, Stephanie Mitchell, Dan Lowrance and Leena Frace. The current ED is Darcy Reeves and been serving as director since October 2012.

CTAC has played a vital role in promoting the arts in Duncan and Stephens County, with a variety of programs, presentations and projects. When the Oklahoma Arts Council began an Arts in Education program in the 1970s, CTAC picked up the ball and ran with it. CTAC’s Art Education in Schools, Arts Explosion and the now-defunct Children’s Theatre Series opened the world of performing and fine arts to countless young people throughout Stephens County.

Every school district in the county has the opportunity to participate in the Art Education in Schools (AES) program. Aggressive involvement in AES helped draw statewide attention to CTAC, which resulted in it receiving a Governor’s Arts Award for Community Arts Councils. AES is a great asset to area schools, bringing art opportunities back to students.

Each summer, dozens of area youth participate in the annual Arts Explosion (AE) program, some of them attending on scholarships provided by CTAC. In 2014, teen classes were added to the program to ensure that children of all ages have the opportunity to experience art first hand. And in 2018, Arts Explosion expanded once again to include young students who completed Kindergarten through 2nd grade. This week long program is full of fun and excitement. Children learn about art and different mediums through creative hands on projects… but the most rewarding part is to see their pride when showing off their masterpieces to their families at the end of the week during the Family Night Reception.

Throughout its history, CTAC has partnered with several other organizations to promote the arts, including the Duncan Art Guild, Duncan Little Theatre, Lawton Philharmonic Orchestra, Duncan Area Arts Hall of Fame, the National Honor Society, the Oklahoma Arts Council and the National Endowment for the Arts.

In the 1990s, CTAC partnered with the Duncan Black American History Month organization to support and promote events during Black History Month. That partnership began with a performance by the Alvin Ailey Dance Troupe in 1996 and has continued with a performance of the Harlem Gospel Choir in 2006 and CTAC involvement in other Black History Month events. In 1996, CTAC was selected by the Oklahoma Arts Council to make a presentation of its Black American History Month project to the Mid-America Arts Alliance. Also in 1996, CTAC was recognized with a commendation for community service by the City of Duncan, and the group has been featured in a National Endowment for the Arts publication for its participation in the National ArtCorp Program. Over the years, CTAC (or DAHC) programming has included:

–The Boar’s Head Dinner and Morality Play.Presentations by touring museum exhibits, including a 1997 visit by the Arts Train, a nationwide project of the National Endowment for the Arts.

–POP UP Art Exhibit, Collaborative effort with the Norman Arts Council and other local art organizations.

–Promotion of local artists and performers, which has included art exhibits by a variety of artists in the area, including local school students.

At the turn of the 21st century, CTAC absorbed a concert series originally produced by Duncan Community Concerts and renamed it Live From the Center. Programming for Live From the Center blossomed, with six concerts between September and May, featuring performances by an eclectic sampling of talent from around the globe.

If CTAC has proven anything since 1976, it is the organization does not stand still. We are continually exploring programs and projects that can keep the arts thriving in the area and enhance the quality of life for residents of Stephens County and beyond.