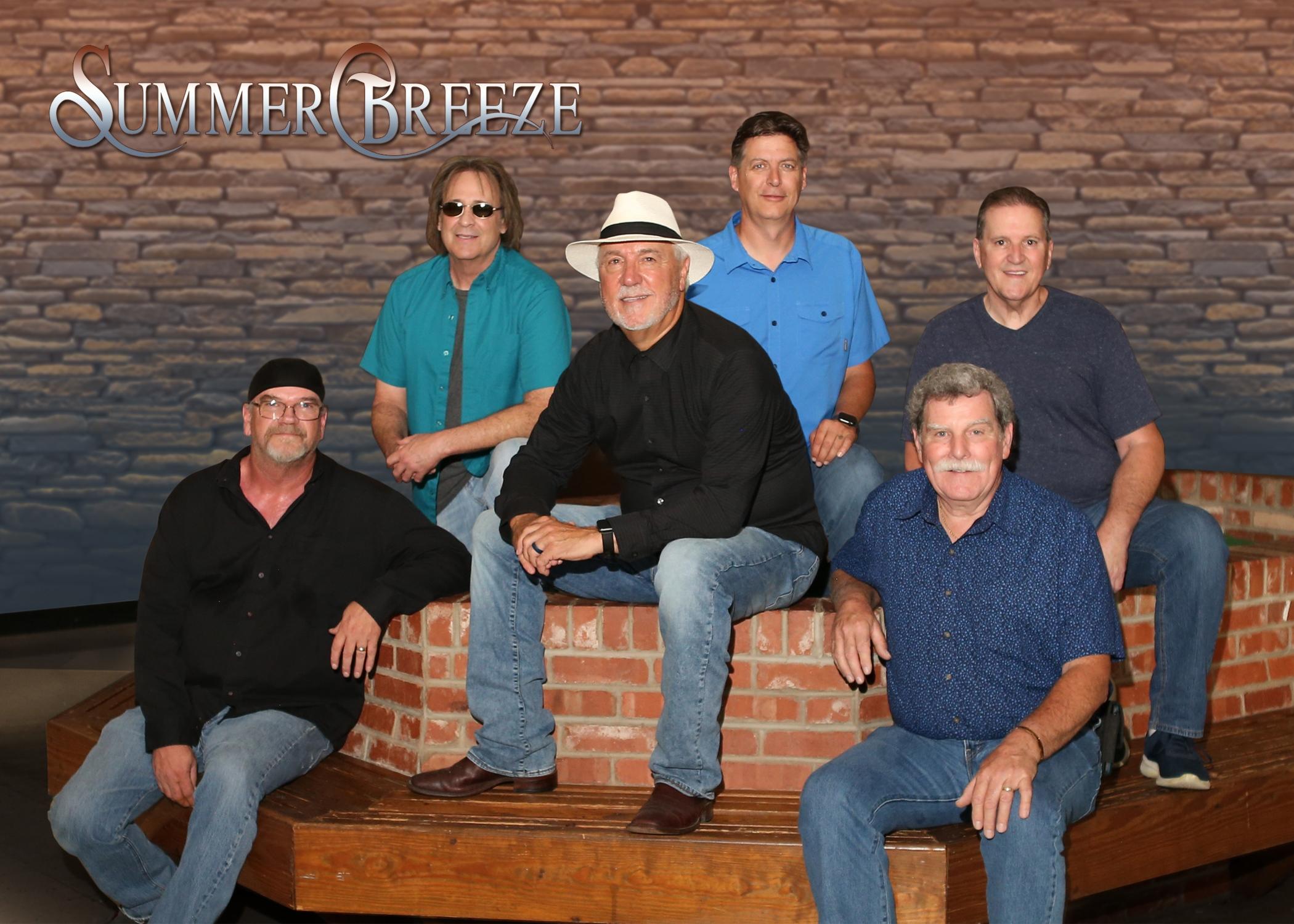 Summer Breeze has been a mainstay in the entertainment business for the past 46 years and continues to be one of the top cover bands in the state. Through the years, Summer Breeze has won numerous awards including Oklahoma Country Band of the Year. One of the most prestigious awards Summer Breeze received was this year when they were inducted into the Duncan Area Arts Hall of Fame.

The band also had the opportunity to be the opening act for many of Nashville’s top stars including Garth Brooks and George Strait. Summer Breeze has always been known for their high energy shows and for the unique ability to cover many genres of music appealing to all ages. Summer Breeze has added another element to their live shows doing an Eagles Tribute which has become a crowd favorite.

Current members of the band include Keith Woods, Bill Leyrer, Brian Holland, David Adair, Shane McClennen and Gaylon Blankenship. Woods and Blankenship along with sound tech Lynn Wilson are the last remaining original members of the band which was formed in 1976. Summer Breeze has maintained the same mission statement they have had throughout their career. Provide a high-quality professional show, have fun on stage and most important of all make sure that the crowd has a good time and always make them feel like they are part of the show.