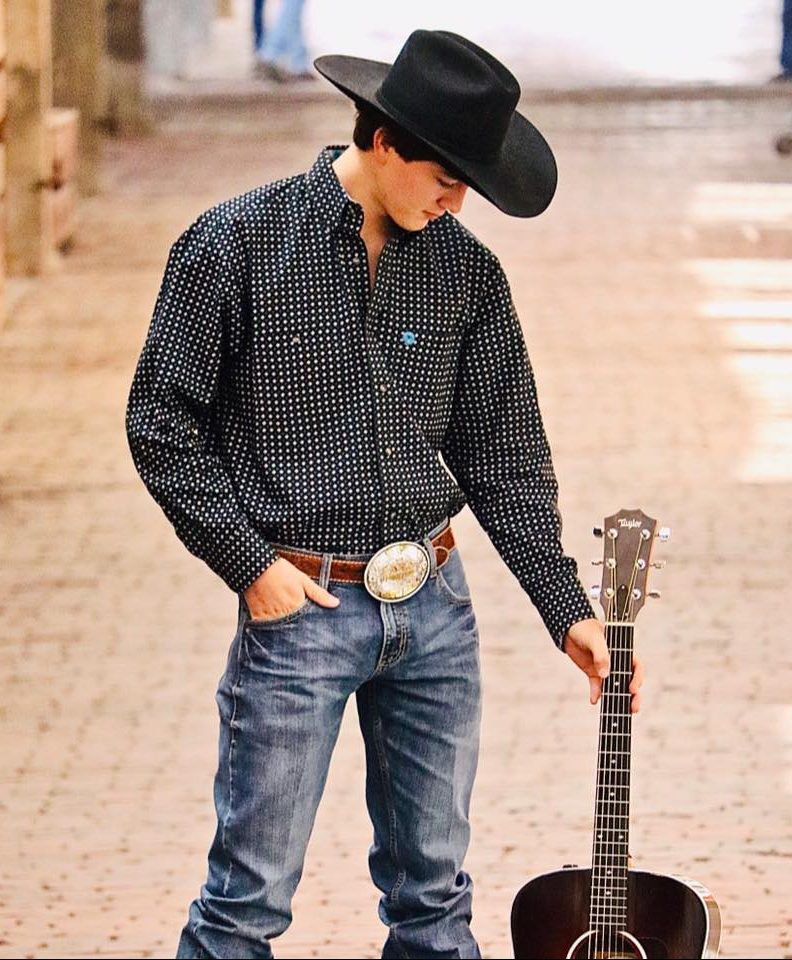 Matt Mercado is a 20-year-old Cowboy/Singer-Songwriter from Waller, Tx. His two passions are Rodeo & Music. He has been on a horse since before he could walk and has become a true horseman in his own right.  He has been apprenticing and working for world class horse trainers since the early age of 12 up until music took over! Matt taught himself guitar at 14, by 16 he was moving up to Nashville!

Matt has had the privilege of writing with some of Nashville’s best songwriters including names like Monty Holmes, Wade Kirby, Roger Springer, Steve Leslie, Jeff Hyde, Clint Daniels & many more!

Out of this came his first single “I Should’ve Never Left Mexico” which peaked at #34 on Texas Radio and many more to come. Matt Has had the chance to record with some of Nashville’s best studio musicians as well and will be releasing more music this year! His biggest Musical influences are George Strait, Keith Whitley, Daryle Singletary, Merle Haggard & Kevin Denny.